Symbolism and design in Japan

Symbolism and design in Japan

Posted in: products
By Yael
No comments 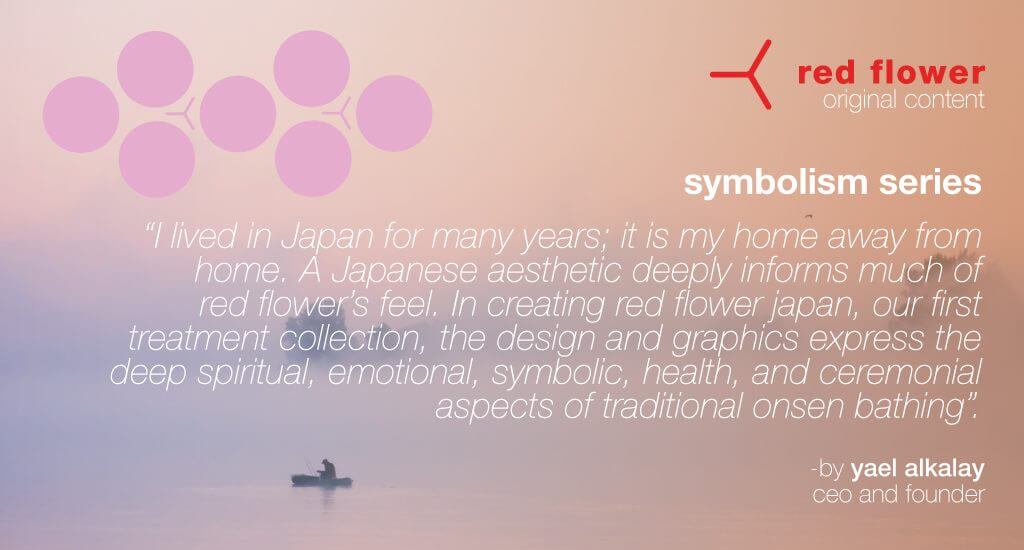 I lived in Japan for many years; it is my home away from home. A Japanese aesthetic deeply informs much of red flower’s feel. In creating red flower japan, our first treatment collection, the design and graphics express the deep spiritual, emotional, symbolic, health, and ceremonial aspects of traditional onsen bathing.  I have been to more than a hundred onsen, studied tea ceremony and ikebana, worked with the best graphic designers at shiseido and endlessly wandered the streets of tokyo, everywhere absorbing the beauty and power of “Japan”. 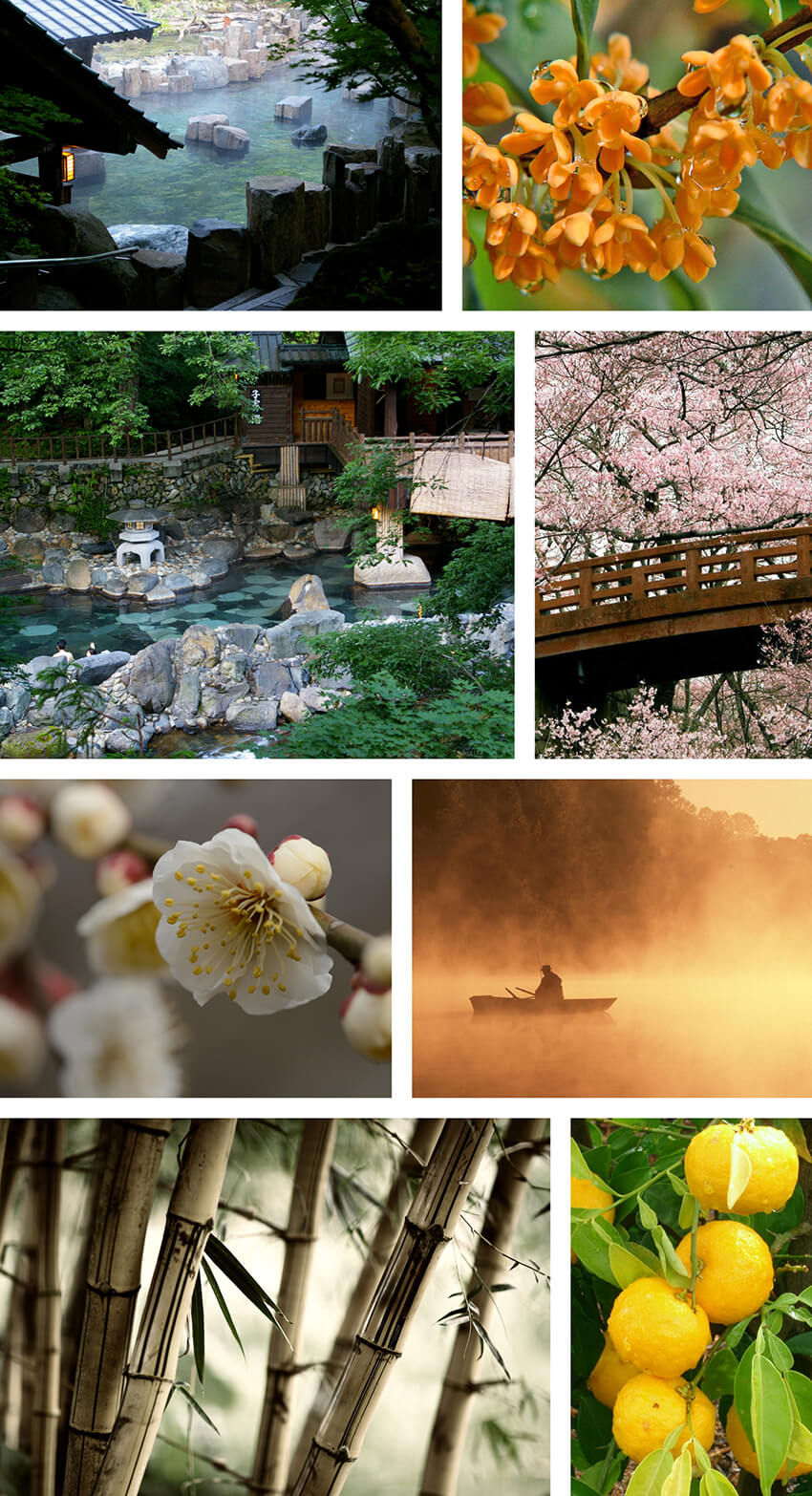 Specifically, the circle series as the symbol for the red flower japan collection is a reflection of the rich meaning of the circle in japanese art and culture. The Ensō (circle) is a circle that is hand-drawn in one or two uninhibited brushstrokes to express a moment when the mind is free to let the body create. The way of Zen is a circle of vast space, lacking nothing and holding nothing in excess. Its symbolism refers to the beginning and end of all things, the circle of life and the connectedness of existence. (from shinhinmei) The circle progression graphic, the enso-like circle naturally formed by a sunprint of a vine, the warm green and pink hues, and hazy, frosted shapes that form the japan collection are intended to deliver a feeling of transcendence and to encourage a sense of serenity in the presence of natural simplicity; a true expression of wabisabi. 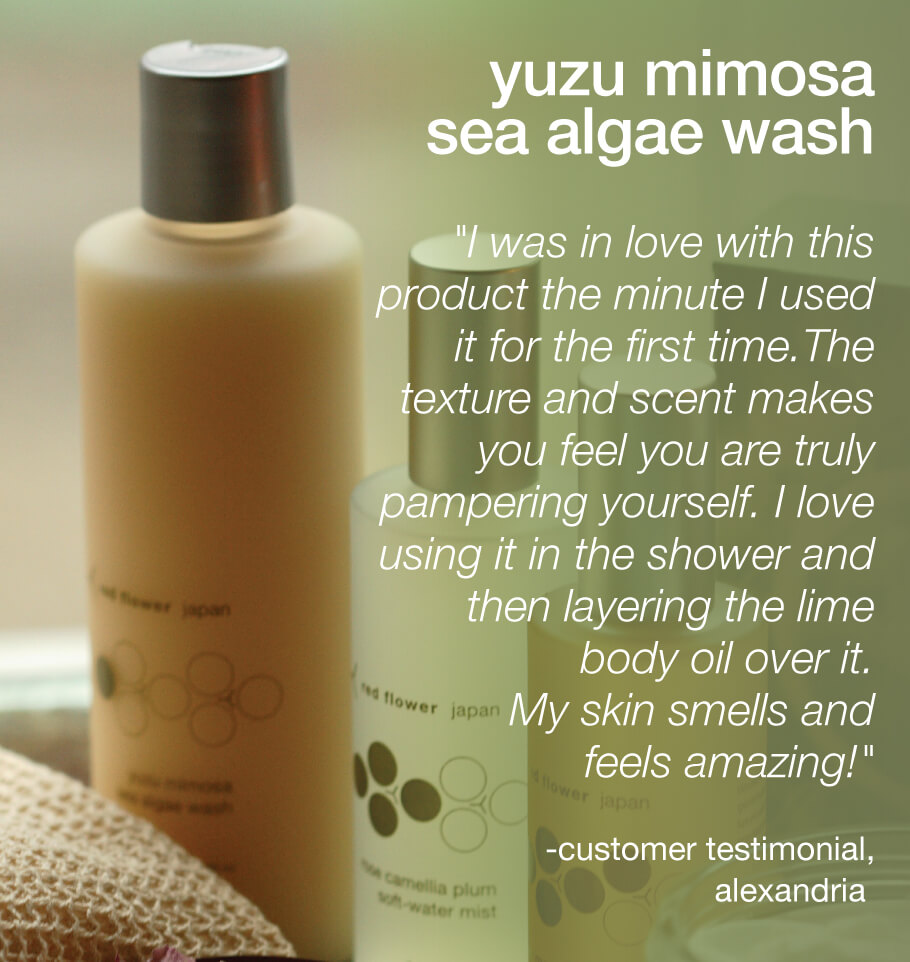 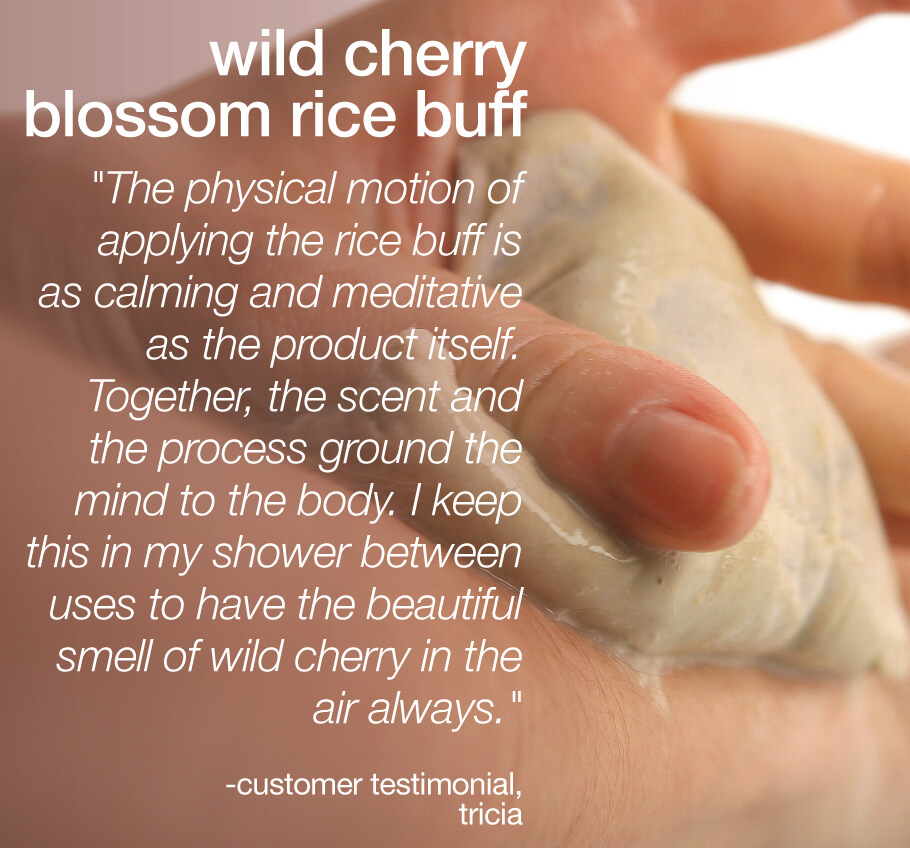 Wabi-sabi represents the beauty in transience and imperfection.  "Wabi-sabi nurtures all that is authentic by acknowledging three simple realities: nothing lasts, nothing is finished, and nothing is perfect."  Influenced by Buddhism, the understanding of emptiness and imperfection was honored as tantamount to the first step to satori, or enlightenment. The idea is that being surrounded by natural, changing, unique objects helps us connect to our real world and escape potentially stressful distractions. In wabi-sabi, one learns to find the most basic and natural objects interesting, fascinating, and beautiful, shifting one’s perception of daily life. Other Japanese influences woven throughout the red flower design are Ma (間) Japanese, ma, the word for space, suggests interval. It is best described as a consciousness of place; Kanso (簡素) Simplicity or elimination of clutter; Shibui/Shibumi (渋味) Beautiful by being understated; Shizen (自然) Naturalness.          Absence of pretense or artificiality; Yugen (幽玄) Profundity or suggestion rather than revelation; Datsuzoku (脱俗) Freedom from habit or formula. Escape from daily routine or the ordinary. Unworldly. Transcending the conventional; Seijaku (静寂)Tranquility or an energized calm (quiet), stillness, solitude.